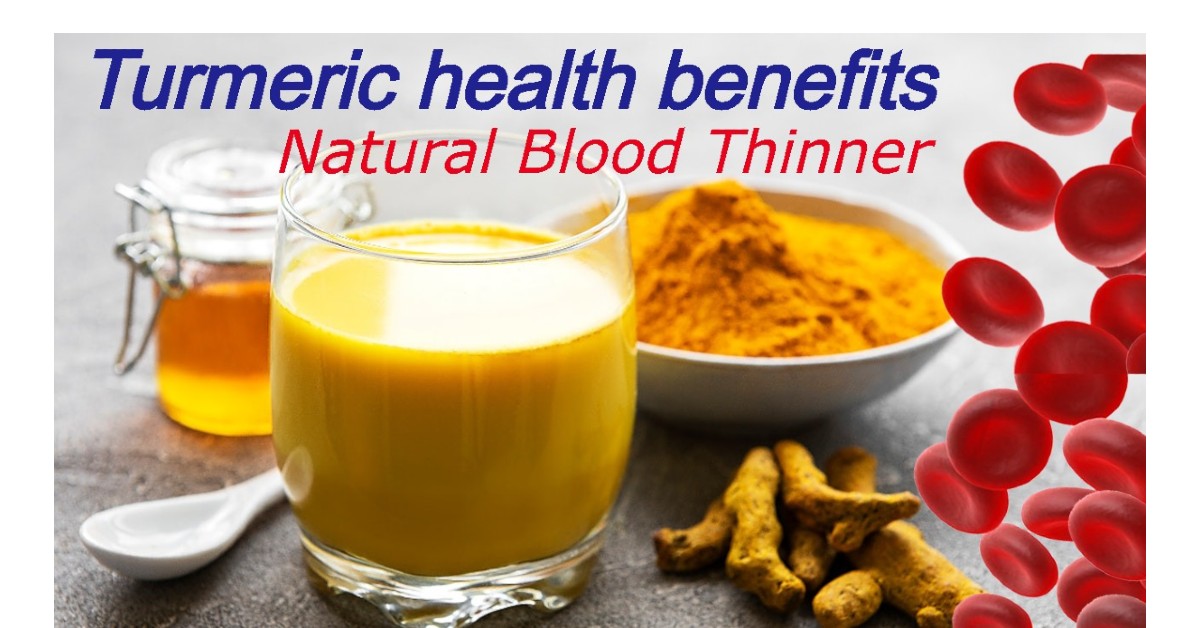 Find out If Turmeric is Natural Blood Thinner

There is a spice that has been used for hundreds of years and has been shown to have some amazing health benefits. This is turmeric.

Turmeric is a spice that comes from the root of the Curcuma longa plant and can be dried as a powder, ground into a paste, or boiled in water to make tea. It has been used as both food and medicine in India for centuries. And now it’s becoming more popular around the world. It is an anti-inflammatory and antioxidant and can improve your moods by increasing serotonin.

Curcumin, a compound in turmeric root, has many health benefits. It contains antioxidants and anti-inflammatory compounds that can help with arthritis, Alzheimer’s disease, skin inflammation, depression, and brain function. Curcumin is also associated with decreased risk for some cancers.

What Is Black Turmeric?

While we are all familiar with turmeric, black turmeric is not as well-known. It is considered a ‘miracle spice,’ and it has some pretty serious health benefits. The scientific name of the black turmeric is Curcuma Cassia or Black Zedoary and has a blackish-blue color.

Black turmeric looks fairly different than the more common orange turmeric. Black turmeric has an appearance that more nearly resembles its kin, the knotty ginger. The main stem, or rhizome, may have lower rhizomes raying out, reaching from one to two elevations in length. The outer part of the rhizome is a light brown, with rough areas. The meat can appear entirely blue or in light and dark concentric circles, sometimes lighter in the center or just near the skin.

Black turmeric has a pungent, camphor­-like smell. It is slightly bitter, with an earthy, hot taste. It comes in either fresh or powder form and contains a higher percentage of curcumin.

Is Turmeric Good For You?

Here is where turmeric really shines—it is good for your health in lots of different ways! Science has proven that turmeric lowers blood pressure, helps ease nerve pain and rheumatoid arthritis, and even helps with anxiety and depression! Turmeric is a natural blood thinner. Looking for an herb that helps dissolve blood clots? Think of turmeric!

Curcumin is the major active ingredient in turmeric. It is responsible for making turmeric a potent remedy for conditions such as PCOS, endometriosis, uterine fibroids, ovarian cysts, amenorrhea, and PMS. This ingredient can also help to ease cramping and reduce pain, makes turmeric an attractive treatment during menstruation.

Other health benefits of turmeric include:

Researchers have found a link between turmeric and lowering blood pressure. A 2016 study found that people who took curcumin supplements for 6 months had a significant reduction in their blood pressure.

Turmeric is a natural blood thinner that helps in the dilation of the blood vessels, thereby increasing blood flow and reducing blood pressure.

Not only does turmeric regulate blood pressure, but it also helps in repairing the damage done to arteries by blood pressure and also prevents changes in platelet activities

Through out the article we already mention that Turmeric is a natural blood thinner.

The experiment below is just an evidence of it.

How Much Turmeric Do You Need Per Day?

Turmeric contains curcumin, which is the active ingredient responsible for the numerous health benefits of the turmeric plant. Turmeric is considered a low-dose supplement because it only contains about 20% of the curcumin found in regular turmeric. In comparison, a typical single-dose supplement for arthritis will contain between 20 and 80% curcumin. Most of the health benefits associated with turmeric come from its curcumin, so the real benefits will not be seen until the curcumin is higher in the body.

There is no official dosage for turmeric. The recommended dosage is for most people to take one gram of turmeric every 3-4 hours. These doses can be taken daily, or they can be taken as needed. The maximum dosage will depend on the desired effects of turmeric.

How Long Does It Take For Turmeric To Work?

The effect of turmeric is known to take a while to kick in. And that depends on the symptoms or ailments that need relief. Another factor to consider is that everyone is unique and responds differently.

Studies have it that you can notice the effect of turmeric from about ninety-six hours upwards after consumption. Some cases like depression, osteoarthritis, inflammation may take up to six weeks to three months to take effect.

Turmeric Allergy And Side Effects

If you are allergic to this spice, you might experience a runny nose, watery eyes, skin rash, and swelling in your mouth and throat.

Allergies, the most common adverse effect, usually occur after consumption in large quantities. However, allergic reactions can occur at low levels. Once you have consumed enough of this spice, your body might start reacting.

Turmeric, when taken in large amounts, can upset the stomach. That is because it stimulates the stomach to produce more acid.

Pregnant women should avoid turmeric supplements because they can stimulate contractions.

How To Take Turmeric

Turmeric can be taken in capsules, drops, or powder form, and each has different effects. The powder will typically be a bit more concentrated and will be more readily absorbed. But the most effective way is to take turmeric in liquid form. This way its active ingredients are more easily absorbed.

It takes between one to four minutes for the liquid form to get absorbed into the body system, while capsules or tablets can take up to twenty to thirty minutes to break down before getting assimilated into the system.

Notwithstanding, capsules will last longer and will have more turmeric extract. The more turmeric you take, the stronger the effect. However, too much of it can cause diarrhea, indigestion, nausea, and thinning of the blood.

Another question you need to answer is the question of what you are taking turmeric for. Is it for fertility, inflammation, stomach ulcers, diabetes, high blood pressure, or weight loss? What you are taking it for will determine how to take it.