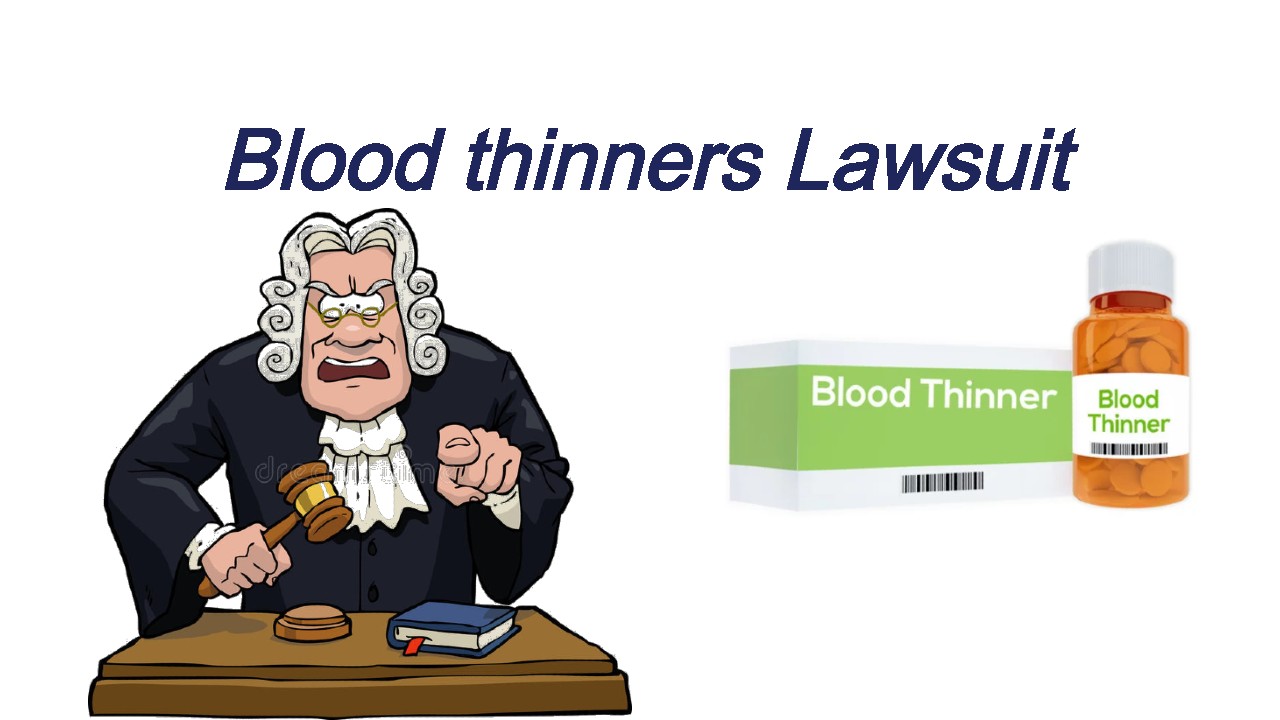 What are blood thinners lawsuit and popular Q&A’s

There have been many lawsuits throughout human history, but none as compelling as medical lawsuits. From products being recalled to doctors losing their licenses to practice, lawsuits are a big part of the medical community.

Let’s take a look at what blood thinners actually do. Why do doctors give it to you in a hospital situation, or prescribe it to you to use at home? The main reason for blood thinners are to prevent clots to form in the blood and go to your heart, lungs, or to your brain. All of these can have fatal consequences. If you have any heart, lung or brain issues such as heart disease or have markers that make you susceptible to strokes, your doctor may prescribe a blood thinner. If you have a heart attack, difficulty breathing, or have a stroke, the hospital will intravenously give you a blood thinner. If you watch any medical drama, you may have heard the doctors shout to give the patient a round of heparin. This is a drug that is given to prevent blood clots. But not all blood thinners are the same.

The one type thins the blood to prevent blood cells from sticking together in the veins and arteries. The other type increases the amount of time it takes for blood clots to form. The first one is known as antiplatelets, and can be found in aspirin, clopidogrel, dipyridamole, and ticlopidine. This will be prescribed for people who have been diagnosed with heart diseases. The second one is known as anticoagulants, and can be found in warfarin, enoxaparin, and heparin. There are newer anticoagulants which pose a lesser risk of bleeding, which are dabigatran, apixaban, and rivaroxaban. This drug is given to prevent clots from forming.

What are the side effects of medical (Corporate) blood thinners?

Blood thinners that are taken incorrectly or administered incorrectly, can cause unpleasant or, in some cases, life-threatening side effects. Some of these side effects are heavy periods in women, bloody urine or faeces, heavy nosebleeds, sensitive and bleeding gums, and prolonged bleeding from simple cuts and scrapes. It can also cause dizziness, muscle weakness, hair loss and rashes. If you do take blood thinners, this should actually be stated on an emergency bracelet, as blood thinners can increase your risk of internal bleeding if you were to be in an accident or suffer an injury. Something as simple as bumping your head could have catastrophic effects if you do not get it checked out. Doctors have even advised against contact sport to reduce risks of injury, but they do endorse safe sports such as swimming, walking and gym activities.

Are Blood thinners worth the risk?

If you suffer from a heart condition or a heart disease, then yes. If you are at risk of throwing a clot and getting a stroke, then yes. If you are prone to clotting, then yes. Blood thinners may have many side effects, but in the end the benefits do outweigh the risks. If you take care and follow your doctor’s instructions properly, then you have no reason to worry.

* Turmeric has been around for decades, being used as both a food additive and for medicinal use. It has natural anti-inflammatory and blood thinning properties. You can simply add this root spice into your food, or mix it with hot water and make some turmeric tea.

* Ginger is one that everyone knows. Not only because it is always paired with sushi, but because of grandma’s delicious ginger biscuits. The Ginger root spice has anti-inflammatory properties, as it contains a natural acid called salicylate. So feel free to make some more tea, but this time with ginger. But take note that a 2015 analysis suggested that the effect of ginger as a blood thinner was unclear.

* To those who like spicy food, cayenne peppers might very well be your friend. This little pepper is high in salicylates which acts as a powerful blood thinning agent. If you are not a hot mouth however, there are capsules available that contains powdered cayenne pepper.

* Vitamin E is not only an oil that you spread on your body to help get rid of pesky stretch marks, but also acts as a blood thinner. To avoid getting too much Vitamin E in your blood, it is best to stick to almonds, sunflower seeds and oil, and whole grains.

* Garlic keeps those pesky vampires away! But it can also keep the blood clots away. Not only that, but it also has natural antibiotics and antimicrobial properties. Because of its powerful effects on the body, doctors recommend that you stay away from garlic 7 to 10 days before a planned surgery.

There are many more, so follow the link to watch how some of the natural blood thinners affecting our blood.

What are the synthetic blood-thinners

Do blood thinners shorten your life?

The big question seems to be whether blood thinners could shorten your life. Well, yes and no. Yes, only if you do not follow the proper instructions as given by your doctor, and you do not wear a medical bracelet stating that you are on blood thinners. No, because if you follow instructions, you can live a long and healthy clot-free life.

Science never stops evolving, thus medicine never stops evolving. Medicine is, after all, created through science. After scientists did numerous studies on blood thinners such as warfarin, they found that it carried a great risk of causing bleeding in the brain. Patients also had to be frequently monitored and had a restricted diet because of its interaction with vitamin K, found in foods such as leafy greens. The new medications that have been introduced to the market is pradaxa, xarelto, eliquis, and savaysa. Although the names seem foreign, it would do you good to write them down and ask your doctor about it if you need to be on blood thinners. These new blood thinners prevents patients from having to restrict their diets, as it does not interact with food. So what is the downside? Cost. These new medications are still costly to make, and many patients simply cannot afford it.

A big myth that needs to be dispelled is how amazing aspirin is. Yes, perhaps in the past. But medicine has evolved far past it, and studies show that it simply does not help that much to lower the possibility of clots. Hugh Calkins, MD, states the following, “Studies show that aspirin does very little to lower stroke risk… while at the same time being associated with a bleeding risk…” He also noted that aspirin does “little to nothing to reduce stroke risk…”.

What are the blood thinner medication recall and lawsuit information?

On 10 June 2017, Eliquis was recalled due to a packaging error. Bristol Myers Squibb stated on their website that they have issued a voluntary recall on one lot. They asked that patients should not stop taking this medicine without consulting their doctor. The issue was that the label stated a different dosage than was in the bottle, which had the potential to cause severe adverse effects. These included blood clots, strokes, and even death. Unfortunately the drama did not end there for Bristol Myers Squibb.

A class action investigation has been brought against Bristol Myers Squibb due to bleeding complications. The problem is that Eliquis lacks an antidote to stop internal bleeding if it were to occur. But they are by no means the only ones facing this problem. With 25 000 lawsuits brought against Bayer Healthcare and Janssen Pharmaceuticals, they only won six of the cases. This lawsuit was due to the widely advertised blood thinner Xarelto, and the pharmaceutical companies reached a settlement of $775 million US dollars. This lawsuit did however have a positive outcome in regards to how medication is advertised, marketed to doctors, and administered by hospitals.