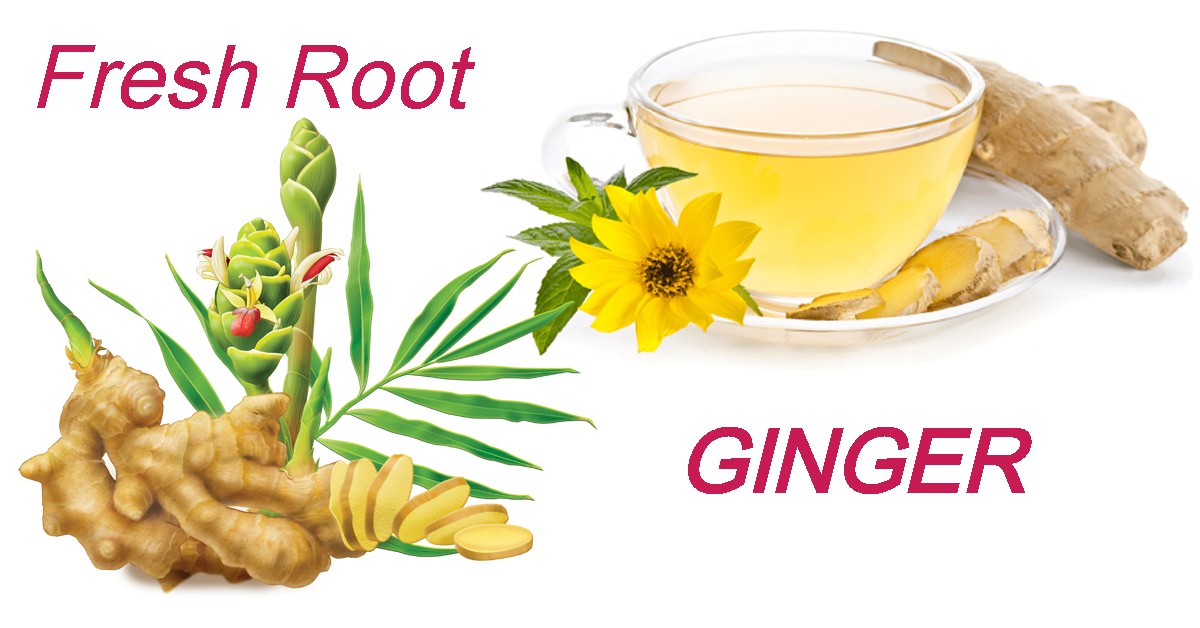 Among the world’s healthiest (and most delectable) spices, turmeric is one of the most often used. However, ginger is also another spice consistently and widely used for its health benefits. Ginger, also known as “The Wonder Spice”, is a blooming plant that traces its origins in Southeast Asian countries. It is a member of the Zingiberaceae family and closely related to other spices such as cardamom, turmeric, and galangal.

Some people refer to it as simply ginger, while others call it ginger root. The rhizome (the underground portion of the stem) is the component of the plant most frequently used as the spice. There are various ways to consume ginger. You can use ginger in a wide variety of food recipes, in toiletries, drinks and even as supplements for different health issues.

Ginger can be used fresh, dried, powdered, or as an oil or juice. It’s a very common ingredient in recipes. It’s sometimes added to processed foods and cosmetics. Ginger is high in gingerol, a substance with powerful anti-inflammatory and antioxidant properties.

Ginger as a blood thinner

On the Hermetic Food video, the narrator told of an experiment he conducted. First, he checked the flow of his blood and found it to be sluggish after not eating a healthy dinner the evening before. Before eating or drinking anything else, the narrator drunk a cup of Ginger root tea, 20 minutes later he measured his blood flow again and found the blood flow had increased greatly. He had measured his blood sugar prior to drinking the tea and then after drinking the tea and found the tea had not raised his blood sugar. This raises the question; is ginger healthy for diabetics?

According to research published in the scientific journal Planta Medica, gingerol, the primary compound in ginger, helps to increase glucose absorption into the muscle cells without the need for insulin. When consumed by individuals with type 2 diabetes, ginger helps to decrease blood glucose levels. It also has a significant impact on hemoglobin, which is a measure of protracted blood glucose levels.

According to several studies, ginger can prevent and cure nausea and vomiting caused by various illnesses. Some of the well-researched applications for the root in nausea management include the following health issues.

Vomiting and nausea associated with pregnancy– According to research, the use of 1 to 1.5 grams of ginger per day seems to be safe to alleviate morning sickness- nausea and vomiting. However, pregnant women with prior miscarriages or vaginal breeding and those that drink more than this amount should seek medical counsel.

Vomiting and nausea associated with chemotherapy: Nausea is the most common adverse effect reported by chemotherapy patients, accounting for almost 75% of those who get treatment. The research found that taking 0.5 to 1 gram of solvent ginger root extract at least two times every day, three days before starting chemo, significantly reduced nausea experienced within the first 24 hours of treatment.

Chronic joint degeneration, which results in joint pain and stiffness, is a characteristic of osteoporosis. Furthermore, osteoporosis is also a common health issue that mainly affects women. Individuals that take ginger to relieve the symptoms say they experience substantial reductions in pain and stiffness. All this is because of the anti-inflammatory properties of the medicinal herb.

Chronic indigestion is a common health issue among many people. The characteristics include persistent pain and distress on the upper area of the stomach, which is not so easy to treat. Indigestion can also lead to heartburn. Many people use ginger to alleviate heartburn and stomach pains caused by indigestion. One of the primary contributory causes of indigestion is prolonged emptying of the bowels that causes irritable bowel syndrome (IBS). Scientific evidence and people’s testimonies prove that ginger helps speed up emptying, especially after a large meal of fatty or rich meals.

Increased levels of LDL (bad) cholesterol over a particular threshold are detrimental to increased risk of heart attack and stroke. Ginger contains medicinal qualities that may aid in preventing blood clots in the significant carotid arteries, according to the American Heart Association. The antioxidants contained in ginger aid in preventing plaque development in the arteries, linked to increased LDL cholesterol levels. Taking it in minor quantities alongside your meal or cup of tea may be very helpful for your overall health.

Chronic inflammation and oxidative stress can negatively affect cognitive function, speeding up the brain’s ageing process. Some of the common ailments associated with these risk variables are age-related cognitive impairment and Alzheimer’s disease. According to research, the antioxidants and bioactive chemicals found in ginger may help to decrease inflammation in the brain and improve its function.

According to research performed on both people and animals, ginger may be beneficial in reducing body fat. A literature analysis carried out in 2019 proved that a ginger supplement of 2 grams taken daily substantially decreased the waist and hip ratios and overall body weight. According to further findings, ginger may also help lower the body mass index (BMI) and insulin levels in the bloodstream, linked to obesity. The above are just some of the health issues that ginger helps to alleviate. Others not on the above list include boosting the immune system, prevention of some cancers such as breast or ovarian and chronic headaches, among many others.

Ginger is a remarkable plant shown to relieve menstruation cramps in some women successfully. When it comes to reducing the amounts of pain-causing prostaglandins, this plant is essential. It also alleviates the tiredness related to premenstrual syndrome and making irregular bleeding more regular.

Ginger tea is a tasty, slightly spicy beverage that is excellent for warming you up on a cold day and great for boosting your immune system. Moreover, it is a pleasant and light-tasting substitute for an alcoholic nightcap. If you go overboard with your alcohol or meals, ginger is beneficial for calming upset stomachs and alleviating indigestion. Here is a simple ginger tea recipe to get you going.

You can add a slice of lemon or orange to your tea to give it some complimentary acidity, soften the spice with honey or maple syrup, or enjoy it as it is.

You can also pick an easy option, like Ginger Tea bags if you don’t have a fresh root of ginger handy. All you need is just add boiling water and your tea is ready. Once you made your ginger tea using ginger tea bag you can also add some honey to it to reduce the spiciness of the tea.

Ginger supplements are an easy way to take ginger if people do not like the taste of this spice. The supplements are found in health food shops on-line and in physical stores near by.

Ginger is a rich medicinal herb packed with bioactive elements and minerals that provide the body and brain with significant health benefits. It is an excellent food choice that you can take in many different ways. If you do not like your ginger in the beverage because of the spicy taste, you can consume it as a pill that you can purchase in health food physical stores or from online health shops. Ginger root is an excellent superfood that lives up to the name.