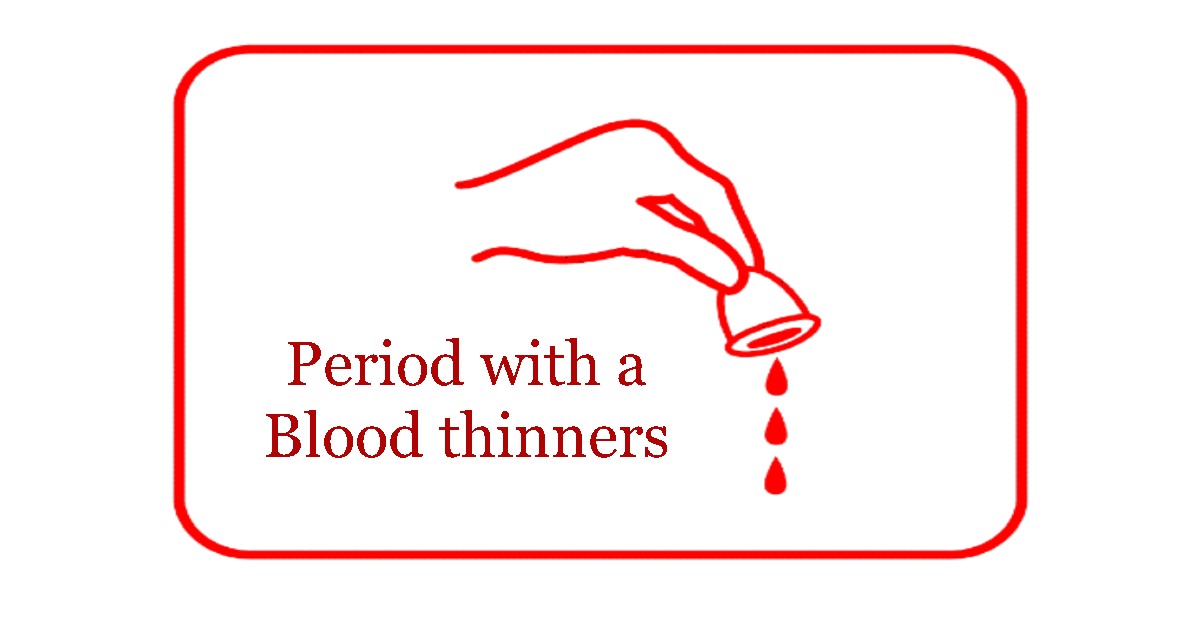 The menstrual period is a normal occurrence for women that is key to their reproductive health. The event is safe and does not threaten the victim’s life under normal circumstances. However, some women with underlying conditions struggle to balance normal and abnormal periods. The excessive loss of blood during the menstrual period is likely to cause complications that need medical attention. It is crucial for the people in the menstrual age to understand complications associated with blood thinners.

Since consuming anticoagulants results in heavy bleeding, blood thinners and periods are a topic of interest. Usually, a doctor will alert the female patients to expect heavy bleeding after prescribing an anticoagulant dosage. Patients tend to be anxious because they are uncertain about what they should perceive as normal. Patients need to know what to expect in an emergency, and they need urgent medical attention. Therefore, even though women on blood thinners should expect heavy periods, they should know the signs of possible complications.

Blood thinners cause heavy and prolonged menstrual bleeding, commonly called menorrhagia. Despite heavy menstrual bleeding being a genuine concern among women, only a small percentage experience Menorrhagia. Women experiencing menorrhagia dread their periods due to associated shame after soiling clothes and pain. Women can’t maintain their usual activities while on menorrhagia due to excessive blood loss and cramping. However, menorrhagia is treatable, and patients should visit their doctors for additional guidance.

Patients concerned about blood thinners and periods should identify the signs and symptoms of heavy bleeding. The first symptom is changing sanitary towels more than once for several hours. Alternatively, one has excessive bleeding if there is a need to wear double sanitary towels to control the flow. It is abnormal if one bleeds for more than a week and passes large clots than a quarter. Another sign of heavy bleeding while on blood thinners is that it limits an individual from engaging in normal activities. Women experiencing heavy period bleeding must seek medical attention to ensure they do not risk their lives. Anyone showing any of the above signs and symptoms should consult medical attention.

Notably, direct oral anticoagulants (DOACs) are likely to cause excessive bleeding during menstruation. However, doctors associate DOACs as the greatest cause of abnormal uterine bleeding. It is estimated that at least 95% of people using rivaroxaban will develop blood thinner-associated uterine bleeding. The probability that a woman treated using DOACs will experience heavy bleeding is between 20% and 27%. Nonetheless, it is essential to note that varying orally prescribed blood thinners will influence the body differently.

Vitamin K antagonists (VKAs)are another group of anticoagulants that results in heavy bleeding. A retrospective study focusing on VKAs showed that 44% to 71% of VKAs users develop heavy bleeding. Some blood thinner and period complications associated with the VKAs include:

Low-molecular-weight heparin ought to have similar effects on periods as other blood thinners. However, assessing the impact of heparin on menstrual periods proves challenging because doctors recommend it for short doses. Women in menstruation should expect similar results when taking blood thinners as with other anticoagulants.

Other causes of heavy menstrual bleeding include:

Hormonal imbalances: The menstrual cycle is controlled by interacting hormones in the brain and ovaries. Failure to achieve a balance between the two hormones will cause ovulatory dysfunction. Risk factors likely to disrupt the balance include obesity, stress, thyroid complications, and polycystic ovary syndrome.

Uterine disorders: Menstrual bleeding originates from the uterine wall. The bleeding can result from cancer, fibroids, endometriosis, and pregnancy complications.

The risk of heavy bleeding resulting from blood thinners and periods negatively impacts the victims. Excessive bleeding can result in anemia by minimizing the blood cells circulating in the body. Blood loss reduces the number of irons in the body, resulting in a deficiency. Women experiencing heavy bleeding should look for signs such as pale skin, fatigue, and weakness, which depicts anemia. Severe menstrual cramping is another complication of excessive menstrual bleeding. The cramping is so severe that it requires a medical assessment.

Modification of an anticoagulant dosage is among the common practices in the medical field. However, the practice is not practical to all anticoagulants such as warfarin. Most blood-thinner users can hardly survive without the medication, even with complications like excessive menstrual bleeding. Reducing the rivaroxaban dose by 10 mg does not put the patients at risk of thrombosis. However, doctors discourage a 20 mg reduction of rivaroxaban. It is crucial to note that the treatment medication cannot be reduced or discontinued within the active treatment period. Patients that require continued anticoagulant treatment should consider other treatment options.

Cyclicalcombined oral contraceptivesare among the most commonly used therapy forheavy menstrual bleeding. The therapy increases hemoglobin levels in the blood while reducing blood loss. The therapy has substantial side effects such as abdominal bloating, headache, bleeding, and nausea. Hormonal therapy protects women from recurrent thromboembolic events. That means that the risk of clot formation is significantly low. Due to the minimum risk involved in the process, hormonal therapy is recommended for treating heavy menstrual bleeding.

Abnormal uterine bleeding relates to excessive bleeding, leading to inconsistencies in the menstrual cycle. Avoiding the causative factors that lead to uterine bleeding is impossible. However, one can maintain good health hygiene to reduce the risk of suffering from uterine bleeding. For instance, people should consider minimizing the risk factors associated with obesity by engaging in physical exercise. Women should also refrain from eating excessive animal fats since it is a risk factor for uterine cancer.

Blood thinners are associated with excessive bleeding, a risk factor for other complications. Using blood thinners and uterine bleeding can have a detrimental effect on the victim. For example, excessive bleeding can easily cause anemia if uncontrolled. It can also influence the normal activities that people partake in daily. Therefore, there is a need to ensure that blood-thinner users are aware of the risk of abnormal uterine bleeding. It is important for individuals at risk of developing uterine bleeding to seek medical assistance. Such an act will help prevent serious complications threatening the patient’s life.

Blood thinner related complications are likely to emerge even for unavoidable body functions such as a menstrual period. The excessive bleeding associated with blood thinners will be an effect that patients endure. The article demonstrates that it is possible for women to be anemic or develop severe cramps due to using blood thinners. Similarly, abnormal uterine bleeding becomes more severe with blood thinners. Women using blood thinners should be aware of the signs and symptoms of excessive bleeding. As a result, it becomes possible for them to manage expectations on what they should consider normal bleeding. Otherwise, it is recommendable to seek medical attention quickly since the bleeding might fail to stop on its own.