Skip to content
Home > Natural Blood thinner > Is sunflower oil good for you? 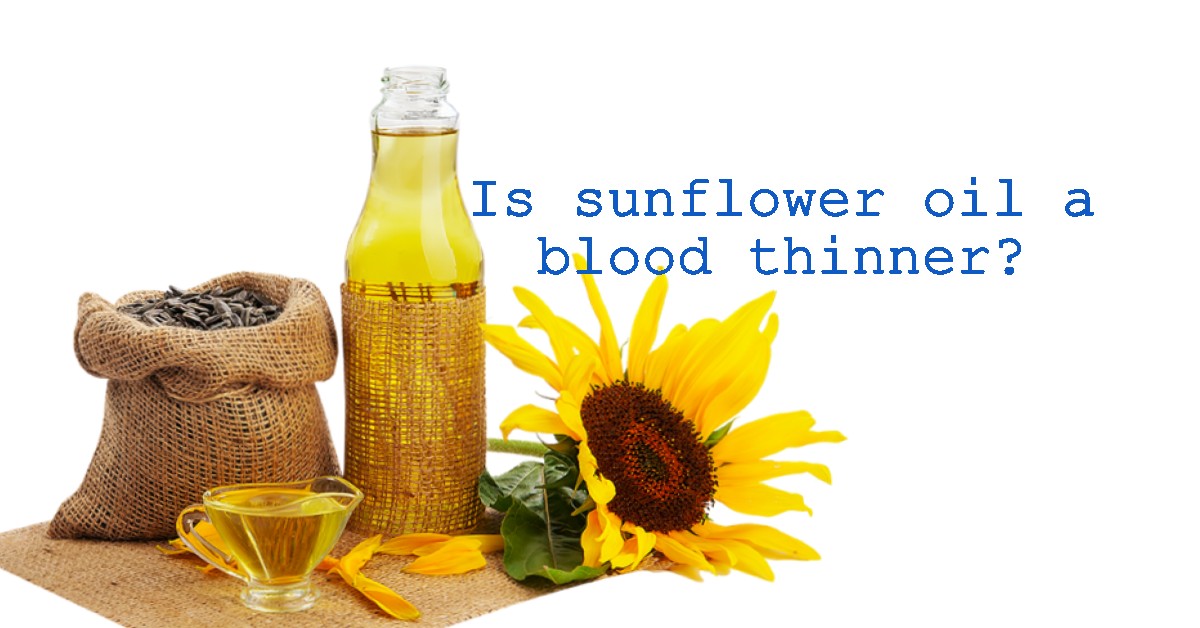 Is sunflower oil good for you?

Sunflower seed oil is probably one of the best known oils out there. But there has been a lot of controversy around this readily available oil. Claims of how bad it is for your health is rife. Especially with so many other oils on the market now, claiming their health benefits and how much better it is than sunflower oil. We will never truly get away from sunflower oil since the restaurant and take-away industry uses it copiously. It is used for frying, baking, cooking, basting, in sauces, and so much more. But first we need to understand sunflower oil.

What is sunflower oil?

Sunflower oil is an oil that is pressed from the seeds of a sunflower. These seeds are also commonly found in muesli and trail mixes. With a neutral taste, it is the most commonly used oil in the world. It is also not only used in the preparation of food, but also in cosmetics. It is an oil that is composed of linoleic acid, which is a polyunsaturated fat, as well as oleic acid, which is a monounsaturated fat. Sunflower oil is also rich in vitamin E. More than half of the worlds’ supply of sunflower oil is produced in Ukraine and Russia. 53% to be exact. A further staggering number is the amount of sunflower oil produced across the world – a staggering 18 million tonnes, as recorded in 2018.

What is unrefined sunflower oil?

Unrefined sunflower oil are more suited for dishes that are cooked at low temperature or which is raw, since it is less heat-stable. It is extracted through cold pressing of sunflower seeds.

The difference between refined and unrefined sunflower oil

Refined sunflower oil is extracted through a scientific process where it extracts the maximum amount of oil from the sunflower seed. The refining part of the extraction comes in where all contaminants such as gum, free fatty acids, colouring pigments, waxes and other impurities are removed. Through this refining method, it makes it safer for consumption. The natural vitamin E, Omega 6 and vitamin K is fortified with vitamin A and vitamin D. It also has a much higher smoking point, which makes it suitable for frying, deep-frying, cooking over high temperatures, and baking.

The most popular substitute for sunflower oil is olive oil, but there are a couple of other oils that can also be used to substitute sunflower oil. Keep in mind that although they may substitute sunflower oil, they may not have the same tasteless component or high smoke point. You can also use vegetable oil, peanut oil, canola oil, walnut oil, coconut oil, avocado oil, and butter. To read more about the benefits, uses and origins of each of these substitutes, look for 8 Substitutes for Sunflower Oil | New Idea Magazine

Are sunflower seeds good for diabetics?

As published in the journal of chemical and pharmaceutical research, 2016, they discuss the effects of sunflower seeds on fasting blood glucose in diabetes mellitus type 2 patients. They state that the seeds are high in calories and boasts a wide array of nutrients, vitamins, minerals, and antioxidants. In the conclusion section of the paper, they found that it is not only a great health food, but also a “…natural remedy to render control over the blood sugar levels in patients with diabetes type 2.” Along with sunflower seeds, almonds are also high in vitamins and minerals which are important for people with diabetes.

Is sunflower oil a blood thinner?

Hematic food channel conducted an experiment to find out “Is sunflower oil a blood thinner“.

We also conducted the experiment with olive oil. By watching experiment below you should be able to find out and draw your own conclusion Sunflower oil vs Olive Oil.

You are also welcome to navigate to the home page and learn more about other food. Or you can simply navigate to hematicfood channel.