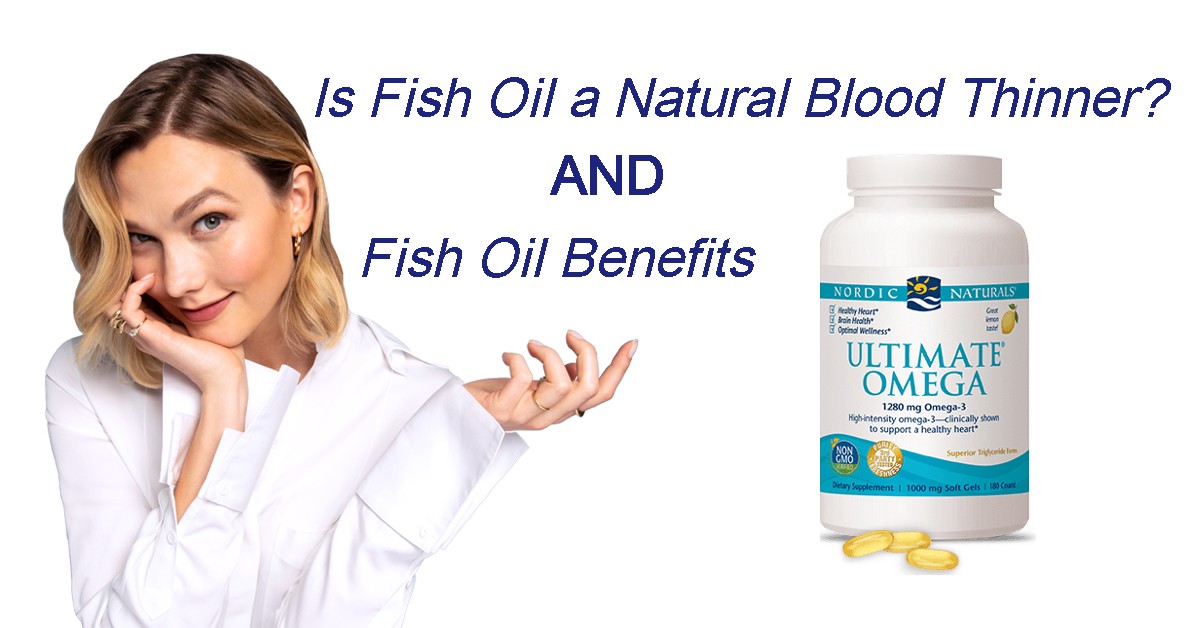 There’s this yellow gel capsule that you drink each morning, because the doctor and mainstream media told you that it is good for you. But why is it good for you? Big companies like Centrum will tell you that it is essential fatty acids that is necessary for your health, and cannot be produced by the body. These supplementations support brain health, cardiovascular health, and healthy eyes. But how does it support these bodily functions? Let’s take a look at what it does.

As per countless doctors, aspirin is prescribed as a blood thinner. Thinning of the blood is necessary to avoid blood cells from clotting in the veins and arteries. If your blood is too thick it can cause blood clots and thrombosis. Now that we know why doctors would prescribe aspirin, let’s take a look at Omega 3 as a possible natural alternative. Studies have been done to observe the interaction of blood with aspirin and with Omega 3.

The studies done with aspirin did not show much change to the blood interaction, while the studies done with Omega 3 showed slightly more blood interaction. But I don’t want to get too technical here. What it comes down to is that both do act as blood thinners, but Omega 3 is the natural and slightly more effective blood thinner.

When we are looking at Aspirin vs Omega 3 we should also look at the side affects of aspirin. The daily intake of Aspirin may trigger serious side effects like vomiting, severe nausea, or stomach pain.

Omega 3 on another hand is generally safe for consumption.

Below is the experiment with aspirin. It shows how aspirin affects our body. Then you can compare Aspirin vs Omega 3. Omega 3 experiment will be below.

How much fish oil is needed as a blood thinner?

I think the better question here is; how much Omega 3 should you be taking to get the health benefits that is advertised? There are two Omega 3 fatty acids that should be taken into consideration – EPA and DHA. Both of those should be present, but you need to take a look at what the information leaflet says about the ratio of the EPA and DHA. The EPA ratio should probably be four times that of the DHA.

One thing that should be noted is that the capsules that you are used to taking is not formulated for children, but there are elixirs that are specially formulated for children so that they may also reap the benefits of fish oil. It surprised me at first to see that it warned on most bottles that Omega 3 should not be taken by pregnant or breastfeeding women, and that you should also consult your doctor before making it part of your daily routine.

Now that we know that Omega 3 acts as a blood thinner, this warning starts to make more sense. Omega 3 is taken once a day by most people, but the prescribed dosage is actually two capsules daily to reap the full benefit of the product.

We all heard that Fish oil also known as Omega 3 fatty acid can be used as a natural blood thinner.

Given that many people are trying to figure out: “Is fish oil a natural blood thinner?”, Hematic Food putted fish oil to the test. Bear in mind, this is not a scientific experiment in a lab. The experiment was conducted at home. You can also view other experiments like this in the hematic food youtube channel.

To find out if fish oil is a natural blood thinner the test was conducted on the empty stomach without any food or water intake.

If you want to find out how fish oil affect out body refer to “Is fish oil a natural blood thinner” – experiment below.

In an interview done with Andrew Weil, M.D. he states that Omega 3 and fish oils should be introduced as young as the foetal stage. In the interview he says, “The influence of Omega 3 intake on brain development in the infant and fetus is profound.” This should tell you a lot about the amazing health benefits that Omega 3 and fish oils contain. But it also contradicts the warning labels on Omega 3 bottles where it states that it should not be taken by pregnant or breastfeeding women. For this reason it is best to consult with your doctor.

There are however specially formulated Omega 3 products on the shelves for pregnant and breastfeeding women, but the question remains what the difference is between those products and the normal Omega 3 that you would normally buy. Is it simply a money-making scheme? Or is there a difference in the formulation of the products? The interview is very insightful, so take a look at Fish Oil Facts | Omega-3 Fish Oil | Andrew Weil, M.D. – YouTube

Studies suggest that fish oil supplements may be useful for-

These days people flinch at the mere mention of fat. It has been ingrained into us from a young age that fat is bad. But that is not completely true. Over the years studies have shown us the differences between saturated and unsaturated fats, and also fatty acids. Omega 3 is of course packed with fatty acids, and there are a myriad of health benefits to be gained from this magical fat.

There are so many more health benefits to the consumption of Omega 3, and you can check them all out at 10 Health Benefits of Omega-3 – Facty Health

How much Omega 3 per day?

This is a question best asked from your doctor, but they normally prescribe two capsules a day. One in the morning, and one at night. Always after a meal to avoid those nasty fishy burps. But that is only the capsules, and not all capsules are made the same. This is when you should be looking at the label on the bottle. Most commonly the recommended dosage is a minimum of 250-500 mg combined EPA and DHA, but higher amounts can be prescribed for certain health conditions.

To break it down a little further; when you look at the bottle and it says 1000 mg, that would supply you with around 300 mg of EPA and DHA combined. The next thing you want to do is to turn the bottle over and look at what is inside those capsules. A proper Omega 3 capsule should contain fish oil, as flax seed oil does not provide the same benefits. If you are pregnant or breastfeeding, stay away from capsules that contain cod liver oil, as it contains large amounts of vitamin A, which can impair foetal development. The recommended dosage for children also vary, and continuously change as they grow older. The best in this case is to consult your doctor, who will be able to recommend the perfect Omega 3 supplement for your child.

There are so many different brands on the shelves that you may find it difficult to choose the correct one for you. Here we look at some of the different types of Omega 3 you could choose from.

* Nordic Natural Omega 3 is a much more concentrated Omega 3, which contains no GMO, is gluten free, and does not contain milk derivatives, artificial colours or flavours.

* Omega Pure is a 100% vegan option for those looking for the benefits of Omega 3, but do not wish to stray from their life choice. This Omega 3 is derived from algae.

* Thinkwell is an ultra-pure super Omega 3, which only needs to be taken once a week. This is due to the fact that it is so concentrated and pure, and you still reap all the benefits. This is perfect for the individual that does not wish to take capsules every day.

* Omega 3 supplements in liquid form is normally formulated for children and contains flavourants to make it more palatable for children. The most popular is probably Scotts Emulsion.